Dan Herrera was a speaker at the 2014 F295 Symposium and we were very impressed with not only his subject and how they were revealed on massive 30×40″ multi-color gum prints, but also his outstanding lecture as well as his positive and sharing attitude. We had the opportunity to sit down and ask him a couple of questions about his work to share with you here. (It’s important to note that Dan was a student of previous F295 speaker (San Francisco in 2009 & Pittsburgh in 2011), workshop leader (2012), and another great photo person: Brian Taylor.) 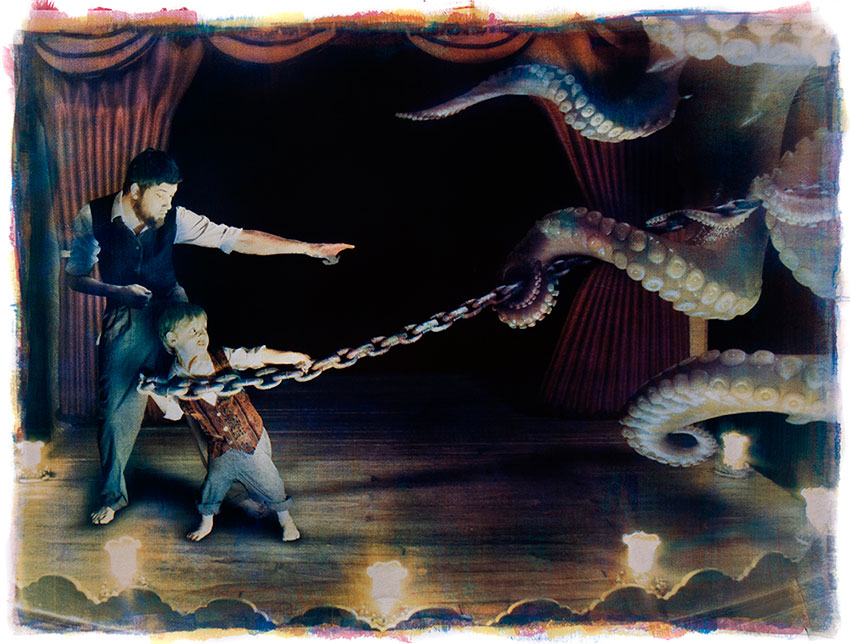 Why are you creating the pictures, but more importantly what do you want the viewer to take away from the work?

I’m interested in creating narrative images. With this body of work, a great deal of the “story” is contained in the tactile qualities of print itself. I see the printing process as a crucial step that viscerally transforms the photographic object to a specific time period, and engages the viewer in a mysterious narrative, at once futuristic and nostalgic.

It’s important for me to be in contact with the materials I use to create imagery. I often work in creating tableaux vivant’s, and this connection will sometimes take place by making various props, gadgets and miniature environments to be photographed.

When it came to printing this work I found that hitting ‘Command + P’ and watching a sterile print emerge from an inkjet printer was an unfitting end to the imagery. It became clear that there was a disconnection between the narrative and the physical object I was telling it on.

Gum printing allows me to build up and remove emulation by making gestural effects in the final stages of image development. The surface of the finished print enrichs my exploration of distinctions between photographic realism and painterly illusion. I think that there is a distinctly different response when looking at a photograph as opposed to a painting, and I’m interested in blurring the lines between the two when looking at the physical print.

By merging contemporary post-production techniques with the pictorial elegance and aesthetics of 19th century printing, I’m able to bring together the fascinating worlds of science fiction film narratives, within the scope of historically significant photographic printing methods. 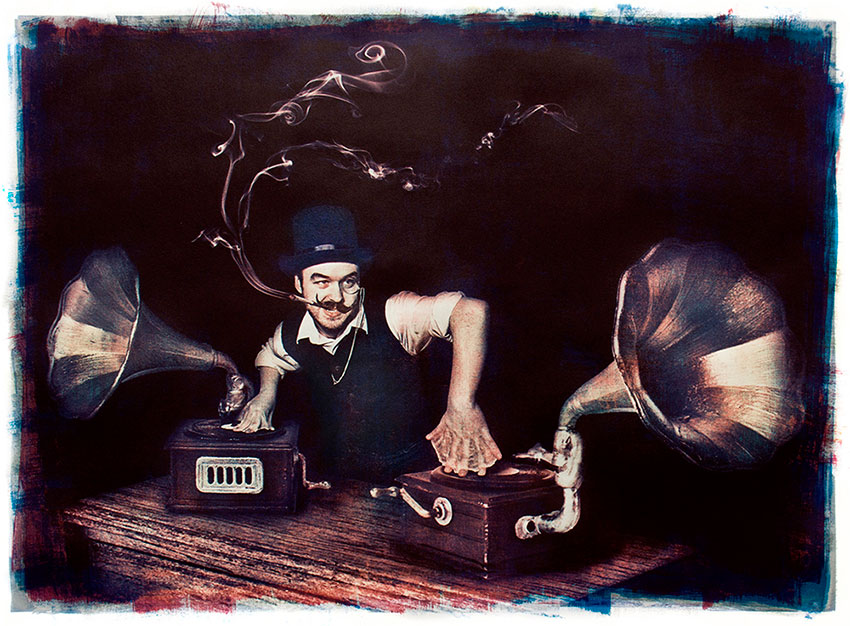 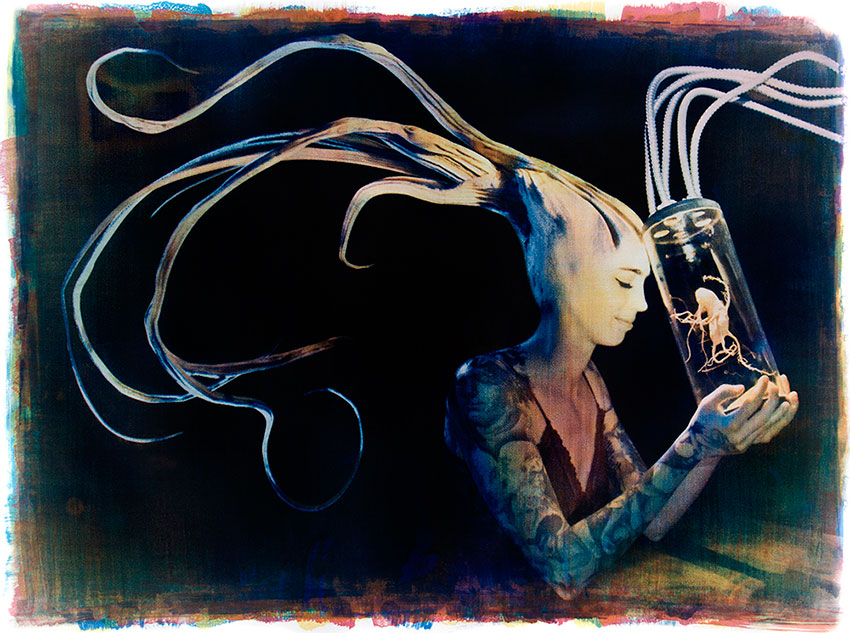 How are you creating this series of images?
I begin each image with a sketch of what I want the final composition to look like. This usually includes notes on lighting, mood, etc. Next, I figure out what elements I can shoot in-camera and what needs to be shot separately for compositing later.

I then start production on the props. Most of the gadgets I photograph are made from everyday materials you can get from a local hardware store or hobby shop. I also construct miniature sets that I create out of found objects, and various other materials. I’ll then combine photographs of these carefully lighted sets with photographs of actors interacting with the life-size props.

Once I finish with the composite image, the color information is broken apart into color-separated image files. Each file is then inverted and printed separately on Pictorico OHP transparency film. I then reassemble the image layer-by-layer using a combination of cyanotype and gum-bichromate printing. Between each layer of printing, the paper must be coated with the chemistry, exposed, processed and dried. I start with a cyanotype base, and then print four layers of gum pigment over the cyanotype. Slowly, the once perfect digital image now rematerializes as an imperfect one of a kind object. 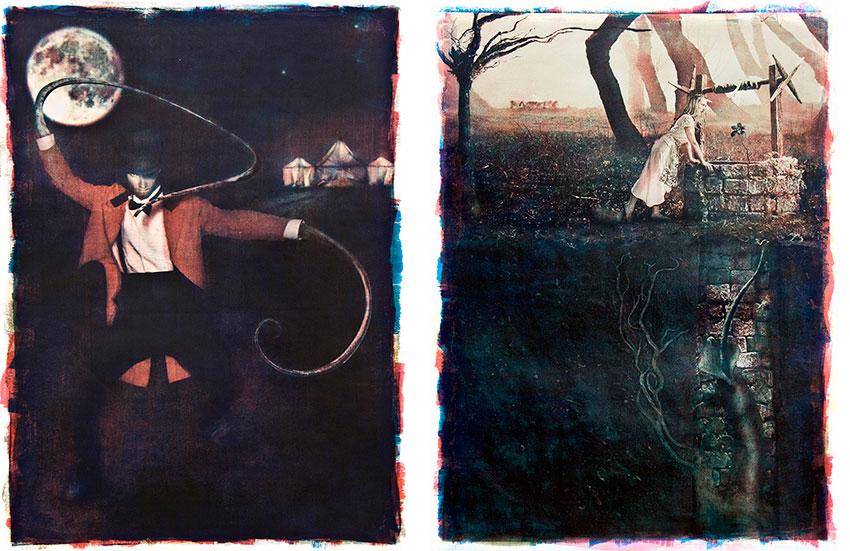 What materials do you prefer in your work?
For paper, I prefer Fabriano Hot Press Ultra White. I like to buy my photochemistry in bulk from Photographers Formulary and mix my own solutions. For my gum pigments, I use Windsor Newton watercolor right out of the tube and cut it with liquid gum arabic.