We are excited to welcome Amanda Means as a featured speaker at the 2015 F295 Symposium. We recently had the opportunity to speak with her about her influences and the motivation to explore the makeup of nature and its relation to the outside world. 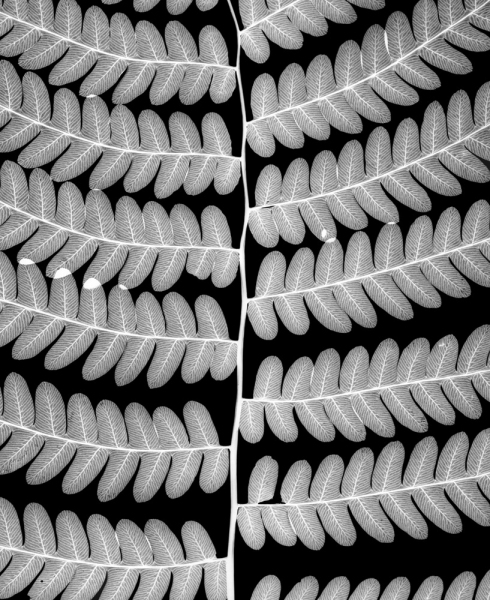 F295: How did you arrive at this variant photogram process? How do you feel using the enlarger in this way aids in the process?

Amanda Means: I had been photographing in the landscape with a 4×5″ camera – tangles of vines and dense woods in my native northeast. I had recently moved from my rural childhood home to New York City. Feeling a profound longing for a more natural surrounding I began driving out of the city to the countryside to photograph. The tangles were also a way of expressing my perception of the big city – another form of dense, complex tangle; however, this time it was man-made. During this time I was also discovering the work of the Abstract Expressionists including Pollock, deKooning, Kline and Siskind. It felt to me that among other things, these painters were reflecting the energy and appearance of the city.

As I continued, I felt compelled to move  closer and closer to this dense network of botanical forms. I began taking pictures of individual leaves. I still was not satisfied. Something was missing. I was frustrated.  It was at this time that two things happened:

1. I came upon the following statement from Pollock: “My concern is with the rhythms of nature…. I work inside out, like nature.”

2. While photographing in the woods, I happened to glance up through a large leaf hanging above my head, to the sun above. All of the leaf’s intricate vein structure was clearly visible. I had been transported to the inside of this magnificent leaf. It immediately occurred to me that I could use this leaf like a negative and put it inside the enlarger. Grabbing it, I ran home to my darkroom.

The new approach worked perfectly. All of the inner structures of the leaf were revealed with great clarity. This happened in the late 1980’s. I continue to this day to print leaves in this manner. 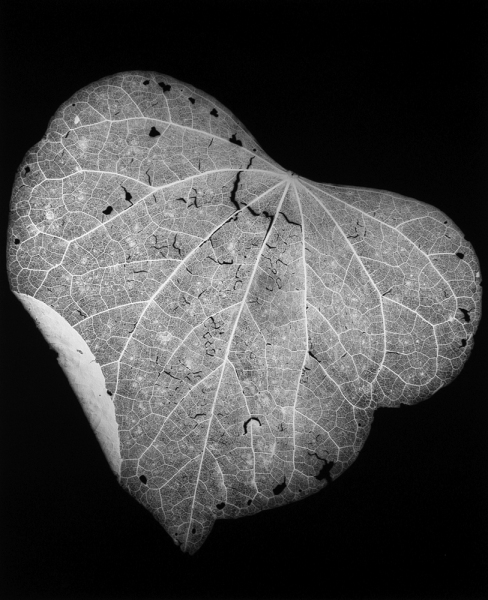 I’ve also extended this approach to accommodate three-dimensional objects – flowers, light bulbs and water glasses. I altered an old 8×10″ inch view camera to allow a chamber between a 10×10″ inch cold light and the bellows. I covered this open space with lightproof fabric so the light could pass through my subject, through the lens and onto photographic paper tacked to the wall. I didn’t know it at the time, but what I had done was construct a variation of Berenice Abbott’s Projection-Supersite camera. 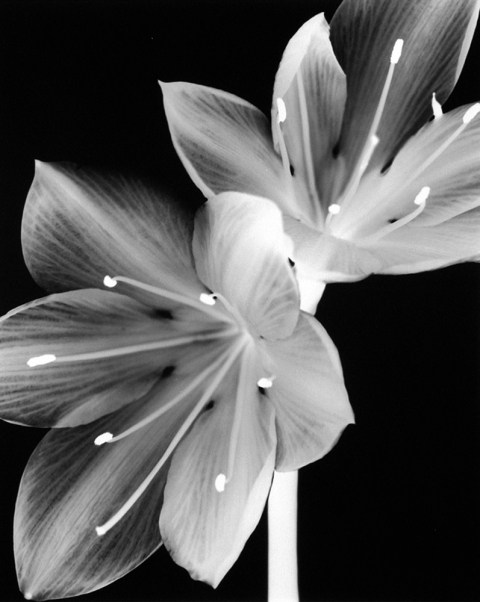 F295: Tell us more about your images and their relation to the outside world. What drew you to the leaves and flowers that you chose to use in your photographs? How do you determine the size of the prints?

AM: This new way of photographing came to feel like an intimate way to reveal my subjects. It opened them up to an inner glow. I especially felt this with the flowers and their connection to my early childhood. These images were denuded of color and enormously enlarged. This process gives an intense quality of radiance to the black and white imagery. The image enlargement throws the viewer’s sense of scale out of kilter and the combination of luminosity and the size transforms the imagery into a burst of radiant light, mediated by a subtle range of grays surrounded by an intense darkness. The recognizable botanical image depicted within these photographs — these flowers, their petals, stalks, leaves and delicate reproductive parts — are transformed from the purely botanical. They become metaphors of the life giving quality of light itself to the living organisms of this earth.

A person at the opening of a recent flower exhibition took me aside and said he felt a certain embarrassment at seeing the images. He explained that he felt he had unknowingly been allowed into the flowers bedroom had been allowed to see them undressed.

My pictures are of the outside world, but they reveal what is inside the outside. I am reminded of Albert Einstein’s quote:

“Look deep into nature, and then you will understand everything better.”

I am an admirer of Edward O. Wilson who states in his book, Biophilia:

“I will make the case that to explore and affiliate with life is a deep and complicated process in mental development. To an extent still undervalued in philosophy and religion, our existence depends on this propensity, our spirit is woven from it, hope rises on its currents.”

I agree with Wilson, that it is of utmost importance that we associate closely with the natural world. As a global community, we have lost a great deal of this connection. The result has been an increasing lack of care for and protection of the natural world.

I have extended my leaf and flower series into light bulbs, water glasses and now abstractions. All of these additional bodies of work still arise from the same impulses as my earlier work. It may not be such an easy and direct pathway back to my original impulses and influences, but, in truth, the same motivations still apply. The route to understanding them is just a bit more meandering. 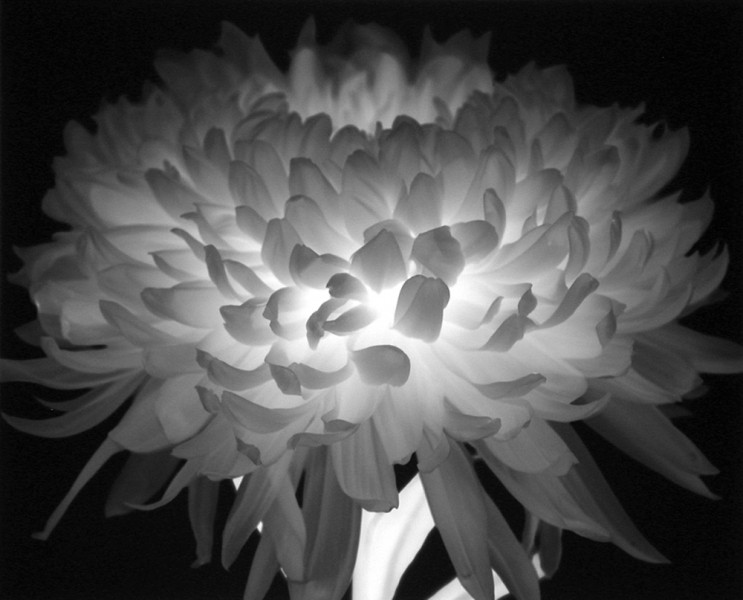